3 months ago I have started to rewrite the Haxe laxer in Pygments, which is a syntax highlighter written in Python, used in both Github and Bitbucket. Pygments included initial Haxe support back in 2010, but sadly is not complete. Haxers should have seen some broken highlighting like the following:

Surely it is less than optimal, so I fixed it as the following: 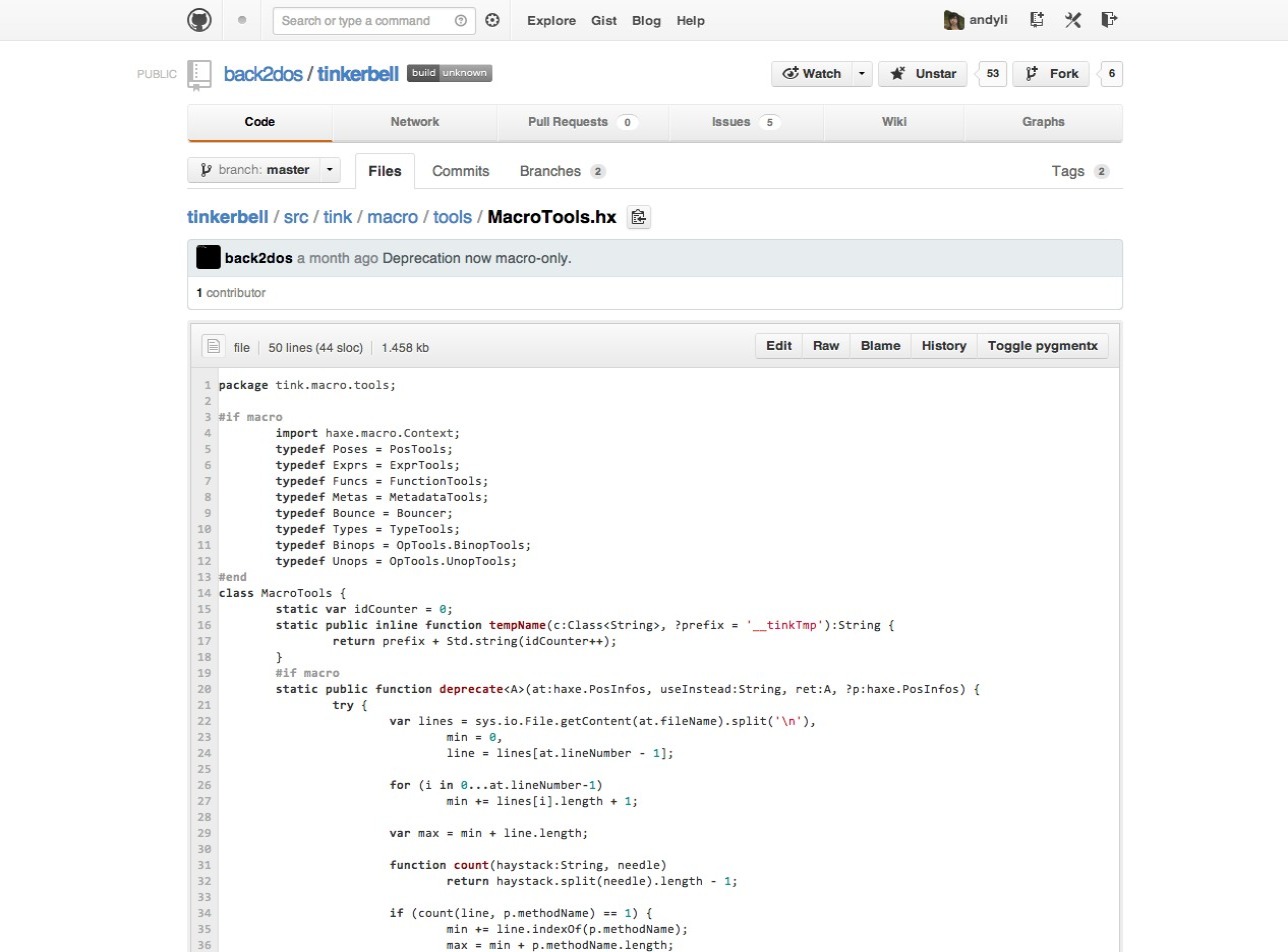 Looks nice? I also took the chance to include 100% Haxe 3 support (and still backward compatible for highlighting Haxe2 code), which includes Array/Map comprehension, import wildcard, macro-reification and even string interpolation! In fact I’ve tested ALL 1589 Haxe source files appeared in the source of Haxe, including the core std library of Haxe and its unit test files. So it is guaranteed to be as complete as possible, supporting all tiny Haxe features you may have never noticed (and I myself indeed learned a few tricks and even detected some typos in the Haxe std lib when running the test!).

I’ve made a pull request to Pygments, which hopefully they will merge it soon. But even when they’ve merged it, it will still take some time to let the Github guys updates their internal Pygments. But don’t be sad, the future is here: I created a Chrome extension, Pygmentx, that replace the Haxe codes on Github (and Gist) with the improved one. It only supports the normal file view at the moment, not diff view nor the previews on Gist user page at the moment. BTW, thanks Tong (a.k.a disktree) again for his chrome.extension Haxe externs ;)